Thanks to $62,000 in utility incentives and a number of improvements, the climate is under control at 133 W 21st Street. 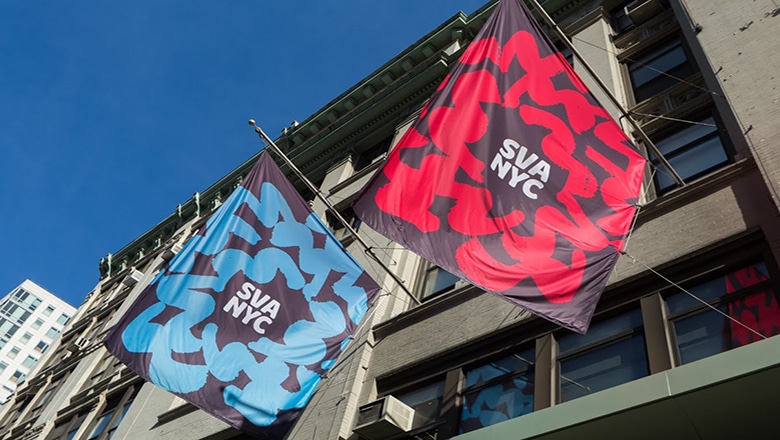 When you visualize New York City, the first thing that usually comes to mind is its buildings: 60,000 of them.

The most populous city in the United States presents a host of interesting challenges for building maintenance, energy efficiency upgrades, and historic preservation. More than 33% of the city’s building stock was built during the 1920s and ‘30s, which means a great many buildings have been through several iterations of modernization over the years. That can mean uneven building operations at best. And when things fail, as they often do in aging buildings, it can mean major disruptions for everyone.

In 2015, the School of Visual Arts (SVA)—with notable alumni that includes Keith Haring, Jared Leto, and Sol LeWitt—was facing a whole host of issues in its multiple buildings across Manhattan, principally related to the difficulty of managing comfortable temperatures with aging and temperamental equipment.

The school saw an opportunity not only to address a number of occupant complaints, but to increase campus efficiency, reduce greenhouse gas emissions, and decrease annual costs. Their initiative was, in part, due to SVA signing on to Mayor Bill de Blasio’s Carbon Challenge, which has an aggressive goal of 50% carbon reduction by 2025.

Starting with an energy audit

To meet the requirements of the challenge, SVA took the first step in getting energy audits done to understand how the buildings were operating and what can be done to reduce energy use, increase comfort, and improve lighting.

GreenerU performed ASHRAE Levels 1 and 3 audits at seven of SVA’s building. As a first project, we identified 133 W 21st Street in Chelsea as one of the top energy users. We then worked with SVA Director of Internal Audit and Controls John Dye and his facilities staff to put together an execution plan on a variety of measures.

The project scope included replacement HVAC systems for the first, second, and third floors of the building in 2017. Additionally, new direct digital controls (DDC) and building automation system were designed and implemented to cover existing HVAC equipment on the fourth floor.

In 2018, GreenerU completed upgrading another floor of the same building with variable refrigerant flow and an expansion of the energy-management system. In addition, we have expanded the energy management system to all of 133 W 21st Street, installed new pipe insulation covering uninsulated steam pipes, installed thermostatic radiator valves (TRVs) on the one-pipe steam radiators and we have now upgraded the steam boiler burners and controls to allow for the use of more energy-efficient natural gas heating, which will soon replace dirtier oil heat.

“People speak about the change as though a dragon has been slain,” reported one building occupant, in reference to tackling indoor comfort. There was additional appreciation for GreenerU’s Chacine McCoy’s work managing a “big project with complex people structures.” Building occupants repeatedly praised McCoy’s transparent communication throughout the process and her resolution of issues that arose in the planning, installation, and post-installation work.

GreenerU is continuing to replace old HVAC systems in various SVA buildings with new variable refrigerant flow (VRF) systems, or other high efficiency equipment which provide high-efficiency heating and cooling and improve occupant comfort. GreenerU is also developing and planning projects for 2019, upgrading the campus store’s HVAC system and converting it to VRF; a boiler conversion for 132-136 W 21st Street; and performing a series of energy conservation measures for 335 W 16th Street.

“The school is a challenging environment,” said Dye. “GreenerU did a great job in fitting a complex project into a tight time frame, minimizing class disruptions and programs. The staff has been excited and pleased with their ability to confidently control the environment for students and staff.”

Finding more than $62,000 in utility incentives through Con Edison—where GreenerU is a participating contractor—projects at SVA have so far reduced annual electricity consumption by 372,000 kWh, saving the school more than $74,000 per year in utility bills. Greenhouse gas emissions reductions are equivalent to the avoidance of burning 31,000 gallons of gasoline, or the electricity to power nearly 30 homes in a year.

Utility incentives are automatically part of the conversation to drive down costs for energy projects at schools. As a participating contractor, GreenerU receives instant discounts from electric distributors and gas distributors, as well as energy-efficient equipment qualifications for Con Edison incentives. Call us at 781-209-5760 or email info@greeneru.com to get started on your project today.