A chiller way to cool a campus: GreenerU saves Smith money through a thoughtful approach to cooling

Smith College’s 4,100-ton chilled water plant was due for an upgrade…or maybe a downgrade. 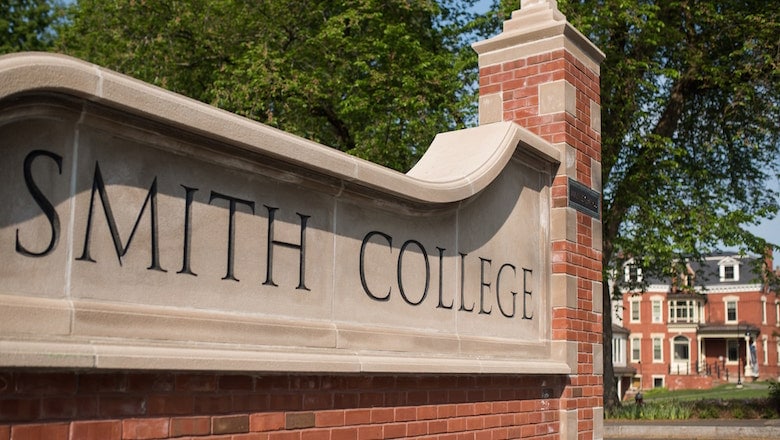 Smith College’s 4,100-ton chilled water plant was due for an upgrade…or maybe a downgrade.

The school’s initial plan was to replace an old 1,000-ton chiller and overhaul three 700-ton centrifugal chillers. But GreenerU thought Smith could save time and money by working with the capacity they already had.

In the design phase, GreenerU worked with Smith and Steve Taylor, P.E., of Taylor Engineering (the guru of HVAC, if there ever was one) to analyze their cooling loads more thoroughly and determined that the plant had sufficient redundant capacity without the 1,000-ton chiller.

During the first phase, Trane was hired to perform a complete overhaul on three existing centrifugal chillers, including replacement of the variable frequency drives. Also during this phase, Taylor developed an optimized chiller plant control sequence based on extensive analysis of the plant, its equipment and arrangement, and historical campus load data. GreenerU also conducted tests on the existing controls system to ensure functionality before making software updates.

The next phase involved the deployment of the newly developed controls strategies. GreenerU conducted commissioning and functional testing on the system to test the new strategies, which also extended to the building-level controls for tertiary chilled water systems.

Further, a new sequence was developed for the typical building-level pump and valve setup and was implemented in each building connected to the central plant. The new sequence includes updated controls for the building’s tertiary loop as well as chilled water requests, chilled water temperature reset requests and differential pressure reset requests, all reporting back to the central chiller plant for use there.

GreenerU’s adjustments to the initial work meant that final costs came in at around $800,000 instead of the College’s original $1.2 million estimate. Not only that, GreenerU estimates that the chiller plant upgrades save something in the ballpark of 450,000 kWh—equivalent to approximately 335 metric tons of carbon dioxide.

“GreenerU’s focus on finding the most cost effective and energy efficient approach to meeting campus load created substantial savings for the college,” says Karla Youngblood, Facilities Operations Director at Smith. “The new sequencing and controls work allows us to run the chillers with little to no manual input, freeing up labor to use elsewhere.”

Wondering if your school’s chiller plant or other HVAC equipment is up to snuff? We can help! Contact GreenerU at info@greeneru.com to talk with a qualified energy-efficiency engineer about whether we can help you save time, money, and energy.