Benjamin is a German shepherd mix of vast breed diversity. A plush-toy hoarder from Depression-Era Central Casting and a conspiracy theorist, Ben spends his days studying the outside world for sightings of deer, squirrels, joggers, and mail carriers, to whom he communicates his displeasure at their proximity. One of Ben’s greatest personal accomplishments was locating and discharging the trigger of a spray cheese container, which successfully shellacked many household crevices (and crowned his sister’s head) with orange caulk. When Ben isn’t twisting himself into impossibly gymnastic sleeping positions or displaying his soft underbelly for scratches, he can be found galloping around his very own dog run at his Lincoln, Massachusetts home. 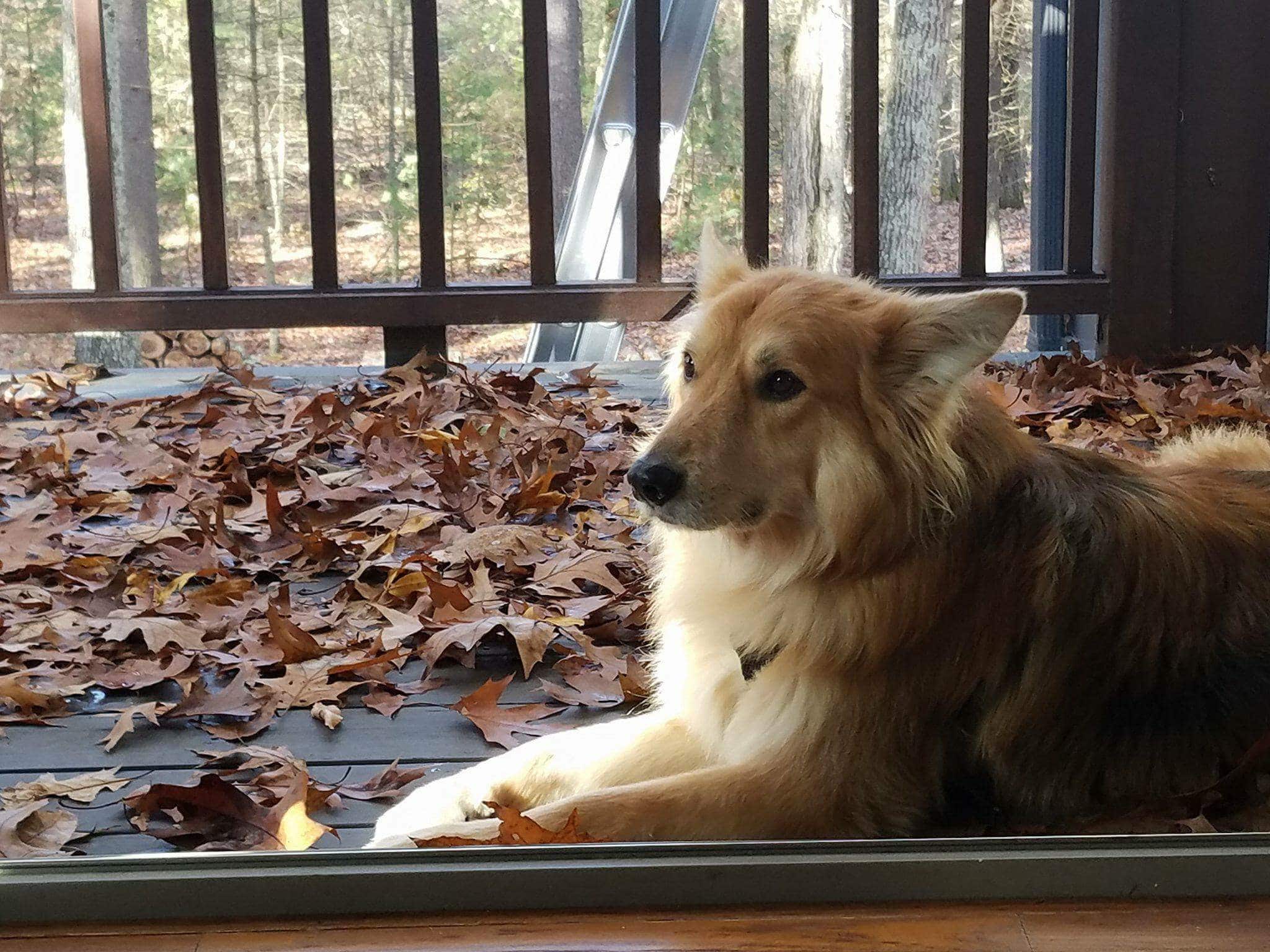