At 14 (in hominid years), Roxy has been around the block a few times—and around the pond, and under some trees, and through the woods. She’s currently living quietly as an elderdog in Cambridge, Mass., but in her younger days, witnesses observed her menacing the region’s squirrel population on several occasions. Direct proof has never emerged, but Roxy remains a Canine of Interest in several investigations of tailless rodents in the area. While she has never been convicted or sentenced for her alleged crimes against nature, justice caught up with her in the form of Juno, an Irish setter/golden retriever mix of endless energy and enthusiasm for pestering old, curmudgeonly pups. 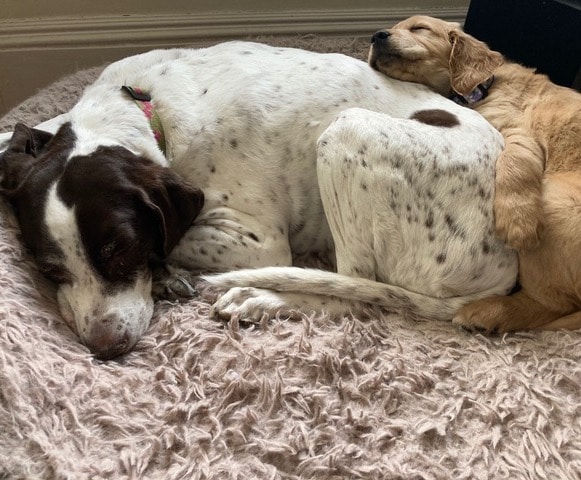