The Ferrets Three, who reside in Cambridge, are rescue fuzzies who briefly starred in an Animal Planet program. Nala was on her way to being sold at a yard sale when her hominid parents intervened and offered her kinship with her Scandinavianesque brethren, Sven and Ole. She has returned the favor by gently nibbling on your socks during television hour. Ole’s demeanor is of perpetual surprise, such as when it’s time to clean his cage or wake up from one of his many naps. As is typical for ferrets, between the three of them, roughly 54 hours of sleep happen every day. 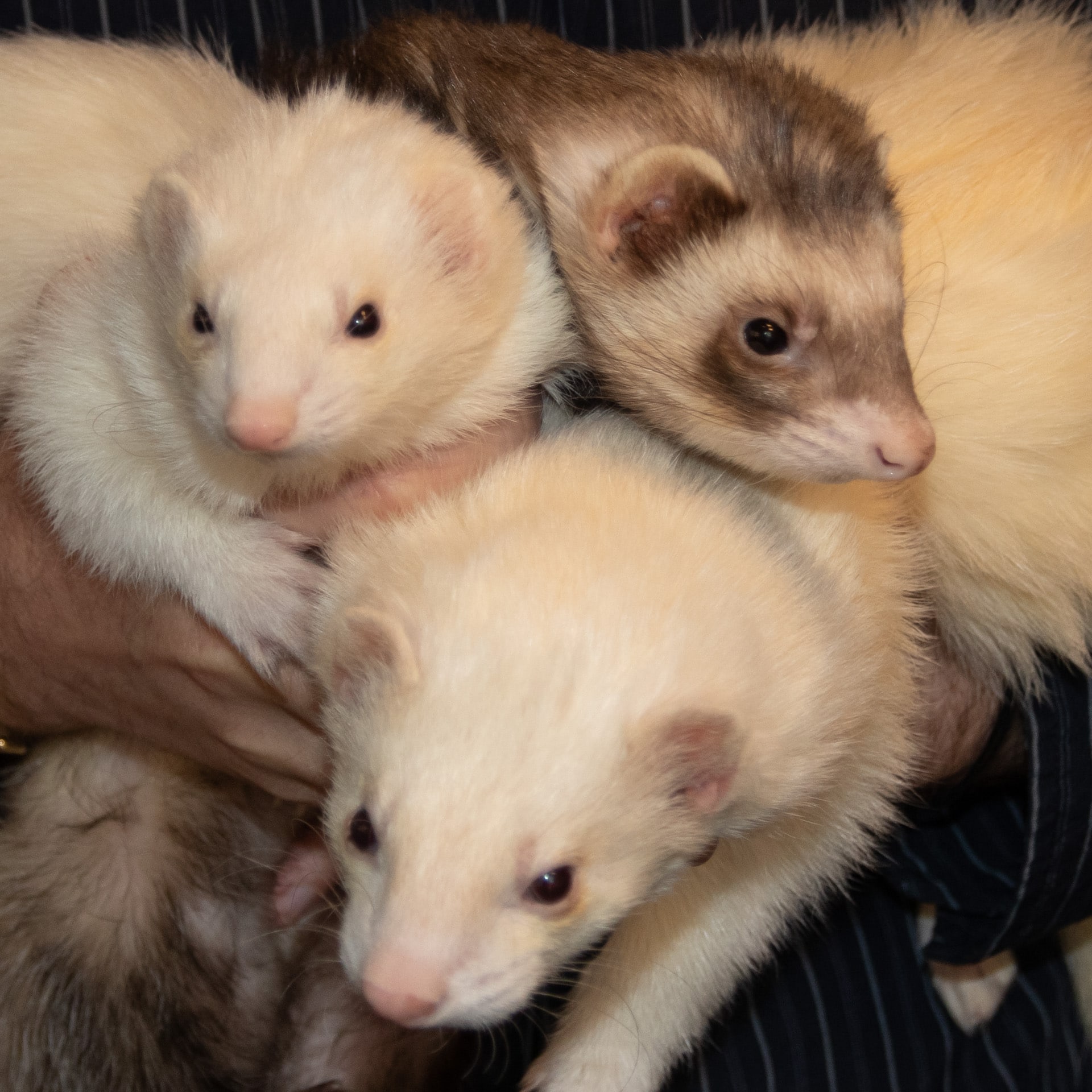