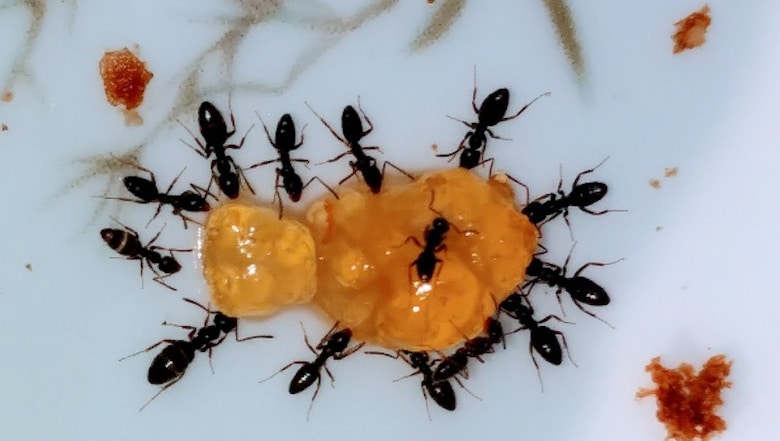 Ants are impressive beyond their size. They can carry between 10 and 50 times their body weight, can survive in nearly every environment on earth, and one species of ant—the aptly named bullet ant—has the most painful bite on the planet. But they are still relatively tiny creatures.

I often feel like a lone ant when considering the great environmental and social challenges we face and will continue to face. I separate my recyclables, shop at local businesses as often as possible, compost, limit my time spent traveling by car, and eat a 90% vegetarian diet. Even more, I volunteer, donate, and advocate for the causes I personally believe are bettering our future.

These are small steps towards climate justice. Limiting my carbon footprint and increasing my engagement with justice, equity, diversity, and inclusion (JEDI), no matter to what degree, is an infinitesimal fraction of the carbon we need to reduce and social structures we need to repair to halt our planet’s destruction. I need a colony of support.

In groups, the impact of the ant is substantial. Ants have the largest biomass of any other species on earth. The largest ant colony ever found was more than 3,700 miles wide. Red ants cause more than $6.7 billion in annual losses in the United States alone. That’s quite an army.

Given that, think of the impact of fighting climate change in an equitable and just way if hundreds of thousands of us were marching to the beat of the same drum.

The power of collective action

Like ants, we have the most power to combat the climate crisis if we work together. While there is a positive impact to churning your backyard compost, elevating the effort through a community composting program is a whole new level of effective. And what could be even more effective than that? If every community in the United States had a composting program—that’s what.

The key is organization. Some groups are making a substantial contribution to the conversation on how we can combat climate change together.

The Sunrise Movement is an organization of young people concerned about the fate of the earth and determined to stop its impending spiral.

Sunrise is a nonviolent, community-based, and diverse organization that aims to stop climate change and create jobs in the process. By sharing community stories and partnering with other community organizations, they provide resources, candidate endorsements, and policy suggestions, taking initiative where they see others are not.

After the 2018 midterm elections, the Sunrise Movement staged a protest in Nancy Pelosi’s office demanding her to support a Green New Deal. This protest led to Alexandria Ocasio-Cortez launching the Green New Deal committee and is thought to be a catalyst for the most recent congressional push for comprehensive federal legislation to be enacted in the name of climate justice.

The Boston Green Ribbon Commission is a group of business, institutional, and civic leaders in Boston working to develop shared strategies for fighting climate change in coordination with the City’s Climate Action Plan.

The Green Ribbon Commission’s members and working groups understand their potential as institutions with large impacts, footprints, and available resources within the city and are using their platforms to drive climate change mitigation in one of the eight most sea-rise-vulnerable cities in the world.

In May 2019, the Green Ribbon Commission’s Carbon Free Working Group released a social equity report and a technical report to elaborate on how the City could get to carbon neutrality by 2050. As experts in higher-education hierarchical and sustainability structures, GreenerU is supporting the administrative efforts and strategic implementation of GRC’s Higher Education Working Group to most effectively leverage their physical and intellectual resources.

The Ivy+ Sustainability Consortium is a collection of fourteen universities that have banded together with the mission of leading higher education in global sustainability solutions.

Since their establishment in 2007, they have developed a standardized greenhouse gas emissions accounting model and reported their campus emissions annually for improved benchmarking purposes. This process allows each school to gain a comprehensive understanding of how their emissions compare to their peers and, in turn, assess their performance and seek insights on how to lessen their impact.

Additionally, the Consortium meets multiple times a month to collaborate on strategic sustainability projects and continually share best practices for how to improve on-campus sustainability and conservation efforts.

To maximize the value of their work sessions, Ivy+ has been working with GreenerU since 2014 to develop and carry out their strategic plan as well as to support their monthly meetings and projects. By increasing the group’s administrative and facilitation capacity with GreenerU, Ivy+ can focus more on content creation and increasing their collective impact, rather than scheduling and running meetings.

Yeah, but can ants juggle?

There is a lot to say for the grit of the people trying their best to reduce their individual impact, but the world’s burden will not be lightened by the acts of a lone ant. Like a colony of ants, if we work together, take positive action, and restructure our collective habits, we can substantially move the needle on the challenges of today.

In our work, we’ve seen the downfalls of the highly passionate, yet disorganized collective, which happens more often than we’d like to see. We’ve discovered that typically what stands in the way of positive collaboration isn’t one big thing, but many, many small things. One missed email, one forgotten document, one meeting that landed during someone’s vacation…these things add up.

By placing the tasks of meeting management, setting expectations, keeping everyone accountable, juggling conflicting schedules, and ensuring that everyone’s voice and opinions are represented on one person, frees up space for meaningful dialogue and significant change.

Our collective action may be our only chance to address the greatest challenge of our time. Don’t let the stress of maintaining the colony get in your way of building one at all.

Do you belong to a collective? What other examples of collective action have inspired you? Do you know of opportunities to volunteer, serve on boards, or join a chorus of voices to advocate for change? We’d love to hear your thoughts and ideas—weigh in on our LinkedIn page.